Saturday, august 11th, the maximum of the Perseids meteor shower is coming soon.

I decided to have a « serious » (ie : organized) shooting of those cosmic gravels, so typical of the summer nights. I chose to find a shooting spot in a place where city lights would be less anoying than in Nantes suburbs, so I went the « vignoble nantais » (Nantes’ vineyard), about 40km east of the city, nearby a village named La Regrippière

After a bit of searching and U-turns, I found a place in the vineyard, distant from roads and public lights.

Mars, Saturn and the Milky Way, here I am ! If I’m lucky, I can shoot all of them with a nice bright shooting star ! (spoiler alert : nope)

Ok, of course, there is light pollution, I could not afford driving to Correze and back in the night. The horizon is luminous all around, but the zenith and the rest of the sky are spared.

Despite of the lights on the horizon, the sight is quite nice and I can improvise some lighting with my headlight on the nearby vines. (Click on the photos for larger versions) 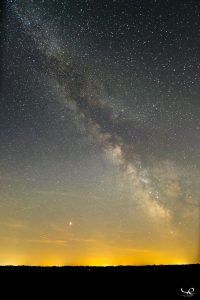 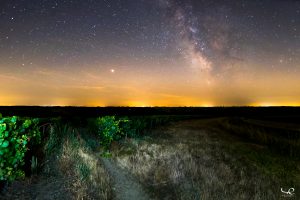 The Milky Way covers 180 degrees in the sky. I tried a panoramic series of photos, but stitching them is not possible due to the distortion of the wide angle lens. Anyway… 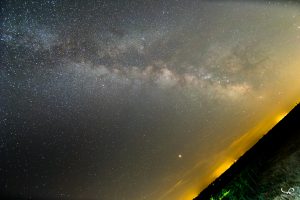 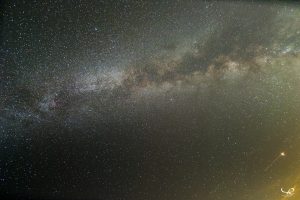 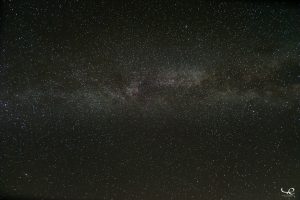 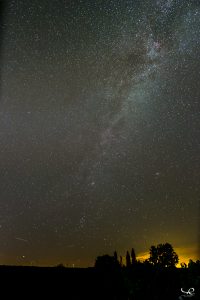 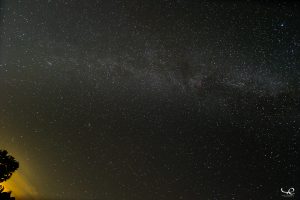 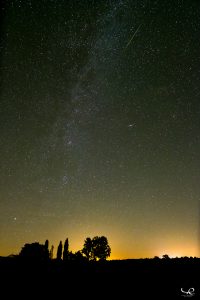 Then I point my camera north-east, in the direction of Cassiopeia, Andromeda and Perseus, where the shooting stars appear to originate, and I set my camera with the intervallometer, allowing it to automatically shoot multiple photos. This option allows to avoid pressing on the shutter, which can cause blurred images.

Again, meteors are playing hide and seek and are only showing out of the frame or between shots. Anyway, I decide to let the camera run until the battery is off or the memory cards are full.

In the end, about 17 meteors were captured by my camer in one hour. Here’s a compilation* of photos where the Perseus origin of the shower is clearly seen. 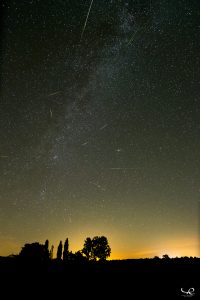 After a while, I got a bit chilly, tired, and (mostly) bored by the apparent scarcity of meteors and decided to tidy up my gearing. But before that, a few last shots, just for fun. 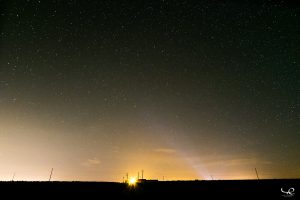 Back to the south view with Mars, Saturn and the Milky Way. 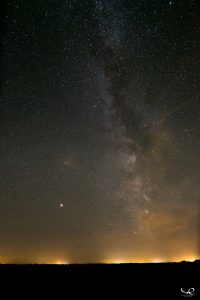 Testing ideas with my car (nope, these are not bird droppings on the car body but star reflections). 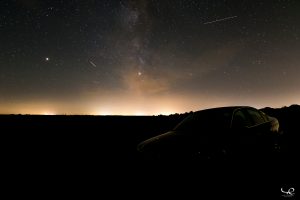 And lastly, looking back north-east to shoot one last time this nice horizon with the Pleiades rising.

« Last one, and it’s time to go ». Using my headlight on the vines.

… Too bad, a moth caught my light beam and a plane is far too visible in the sky… 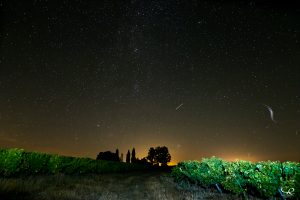 Let’s do it again.

Ok, better, but the plane is stille too visible. Let’s do it again and off we go !

I pressed the shutter, lighted the vines with the headlight, but then, I catch some light on my peripheral sight. Some reflection in my glasses ? Another Moth ?

Looking back to the sky, I notice some glowing trail… No ?!?!

A quick look at my camera… still shooting.

Wainting nervously for the orange shooting light to go off. Blinking orange and green : photo processing. 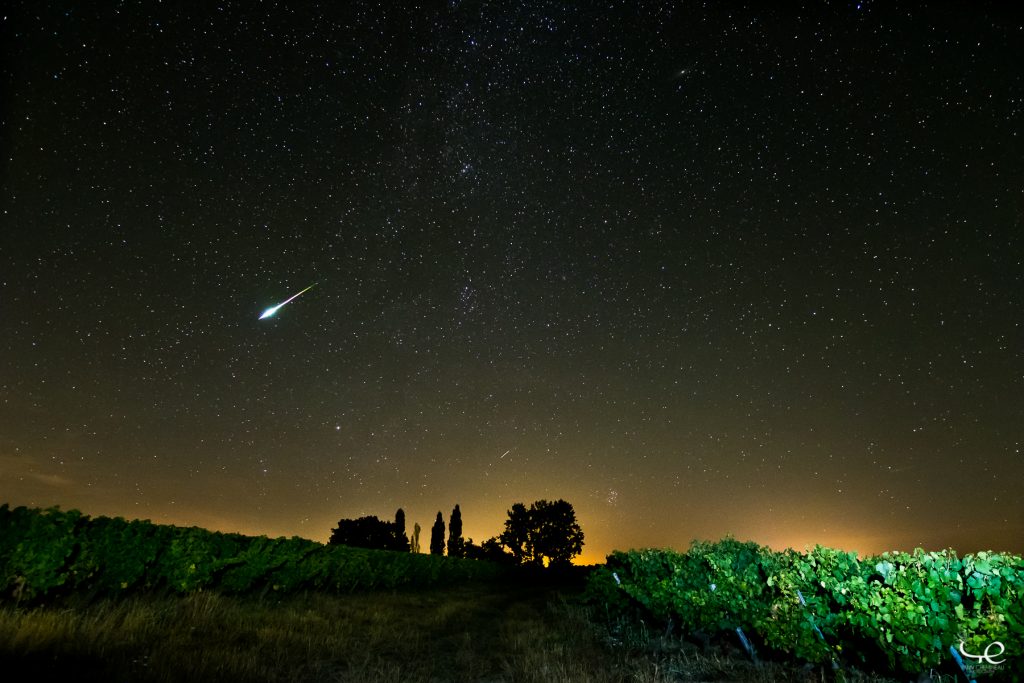 Stacking 17 photos would make a fuzzy image, so I stacked layer masks, only keeping meteors trails, fusing all images on one of the original photos. So, yes, it’s photoshopped (so are NASA’s photos of the Earth !).

As a comparison, here is the 17 photo stacking :